Posted by Kenneth Howard Smith at 2:10 PM No comments: 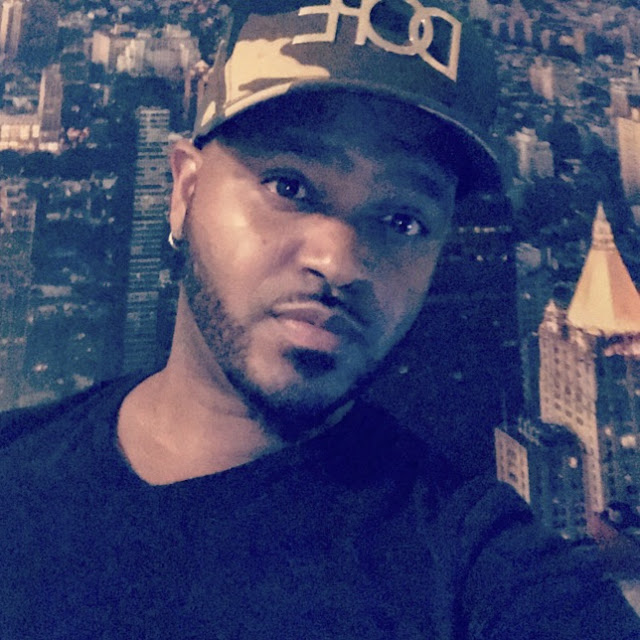 An R&B singer with a smooth voice and a clear message, Richmond, VA’s John Jay is a veteran of the music industry, having cultivated his talent while working as a singer and songwriter with some of the finest artists on the east coast.  His background in gospel accounts for his uplifting sound, while his individual voice is the product of a life spent absorbing the power of music.

John Jay arrived with a boom in 2011 with his debut album ‘The Secret To Life.’  Nominated for several awards, including three Rhythm of Gospel Awards and one Gospel Blue Mic Award, it quickly established him as a top talent.  As a prolific performer known for his charismatic and soulful stage presence, it was only fitting that he follow up with a live album recorded in his hometown.  Having cemented his status, he went on to release several more recordings, gradually shifting to the clean R&B and pop sound that he is known for today.

John’s newest album is scheduled for release April 24, 2020.  Titled ‘Emergency Exit,’ it is the sound of a confident young artist stepping into the spotlight and embracing a new sound.  In these difficult times, John Jay hopes his music can be a beacon in the darkness, bringing people together and inspiring them to live their best lives.

John Jay, The R&B Musician with the Smooth Voice Announces the Release of another Soulful Music Album - Emergency Exit.

April 23, 2020:  John Jay, an R&B singer is set to release a new album on 24th April 2020, titled Emergency Exit. This is where soul-refreshing music and clarity of purpose meet, the 11 tracklists album is a collection of soul uplifting songs with a clear message; to be a source of light, a beacon on the mountain amid these trying times.

In correspondence with John, he shares his vision and mission behind the album, in his words, “The Album, Emergency Exit, is a collection of personal stories about my past relationships that I set to music. I know many people will relate to the drama, quirky tales, and catchy lyrics’.

He is a virtuoso with numerous recordings across the board, John recorded his debut album 2011 titled “The Secret of Life” thrusting him into the limelight, with nominations for several awards. He was once awarded a Gospel Blue Mic Award and Three times Gospel Rhythm Awards.

John is known for his charismatic and lively performance on stage, for him, music is like a food of the soul, and he is passionate about bridging the gap and producing faith lifting sounds to the soul.

An R&B singer with long years of experience in the music industry, He has spent over a decade singing, writing songs, doing live performances for the Gospel music genre. He has spent a significant part of his life working with the finest artiste on the east coast. John's music style is; music for the soul and spirit.

For more information about Emergency Exit, and checkout numerous music channels it was released on, visit  https://www.4johnjay.com/epk
Posted by Kenneth Howard Smith at 6:22 AM No comments:

Posted by Kenneth Howard Smith at 11:39 AM No comments:

Posted by Kenneth Howard Smith at 11:43 AM No comments: